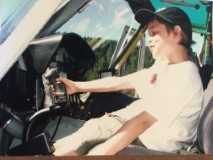 Many children now live in 2 separate households. Whether you are an “intact” family or two homes, there are some things which parents need to know. It is essential that parents work together for the child’s well being. Both parents are important in a child’s life, if both are safe people. Many adults attempting to co-parent resist the other parent’s ideas, and/or talk negatively about that parent.

Studies have shown that children tend to think that if the other parent is bad, then they are bad too, even if they are not old enough to understand the concept of heredity. One study reported that many young adults who’ve grown up in a household where one parent speaks very negatively or even chronically negatively about the other parent, that the child is less like to remain close to the negative speaker. The children generally will go through a phase where they are closer to that parent, and as the frontal cortex develops into adulthood, bringing the person to thinking more with judgement and tact, rather than like a child/teen who thinks from their amygdala, they begin to understand some things-like that parent cannot be trusted and may be talking about the young adult that way as well. Sometimes, it ruins the adult relationship with that parent for many years , if not permanently. Do you want a relationship with your child, or do you want to win?

What are parents who do not like each other to do? Put your differences aside for the good of the child. Think of win-win compromises. Agree on practices involving rules, guidelines, consequences and don’t allow triangulation (using one parent against or to manipulate the other). Present a united front. If you do not like what the other parent has decided, talk about it rationally and calmly without the child present and come up with a solution together. The parent who gave the consequence/set the limit will change it if necessary but neither should undermine the authority of the other. Support each other, for the well being of the child or children. You will have happier, healthier and better behaved children, when they are secure in attachments with both.

Make few rules that are broad/general:
In our homes, we keep ourselves and others safe (refrain from physical violence or emotional abuse)
We respect each other (listen, speak politely and obey)
When a rule is broken, there will be a logical consequence
We do what we say and say what we mean (we all know that if you’re a loving parent, you’re not going to beat your child within an inch of his or her life, so don’t say it).

Children learn quickly that they can manipulate the system. Did the one parent say no playing with siblings for 30 minutes because the child was hurting the sibling? Make sure that timeout is 30 minutes and not 5-10, and let the parent who gave the consequence end it. Do not undermine each other. Kids know when they are getting away with something and we just look like liars or spineless parents. Want responsible kids? Foster a value system of honor and integrity.